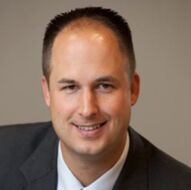 Trent is the founder of Grundmeyer Leader Search LLC.  Prior to his tenure at Drake University serving as an Assistant Professor of Educational Leadership he served as a high school principal at Hampton-Dumont and Indianola High School. Trent was recognized as 2013 Secondary Principal of the Year by the School Administrators of Iowa organization. He earned his doctorate degree in educational leadership at Iowa State University in 2013 and focuses much of his research around technology integration and leadership.

Trent has many connections around the state and Midwest which provides and advantages to the districts he serves through the recruiting and hiring process.  Grundmeyer Leader Search continues to grow based on Trent's integrity in the search process ensuring that the leader who gets hired is truly the best fit for the job. 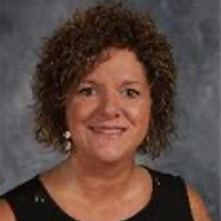 Lynn is currently serving as the Interim Superintendent for Raymond-Central School District in Raymond, NE. She also recently served for two years as the Harlan Community School District Interim Superintendent for two years.  Prior to that she served as the Arlington, NE District Superintendent for 10 years after serving the district as the Secondary Principal.  Some of her notable accomplishments include oversight of an $8 million dollar addition/renovation project and $3 million dollar HVAC project.  She also successfully helped pass a bond issue for the district.  Instructionally, she implemented Professional Learning Communities (PLC’s) and expanded course offerings for students.

Lynn earned a Specialist Degree in Educational Administration in 2007 from Wayne State College. Her Masters in Secondary Administration was issued from University of Nebraska-Omaha in 1991. She also has a Bachelor of Science in Math Education Degree from Fort Hays State University and Associate of Arts Degree from McCook Junior College. 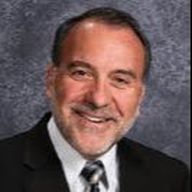 ​Jim earned his B.A. degree from the University of Northern Colorado, his M.A. degree from Adams State College in Alamosa, Colo., and his educational specialist and doctorate degrees from Drake University in Des Moines. He has served Drake as chairman of the President’s National Advisory Board, chairman of the School of Education National Advisory Board and as an adjunct professor. Jim has also received Drake’s School of Education Distinguished Alumni Award.

Throughout his career, Jim has served as a teacher, principal, central office administrator and superintendent, as well as an AEA director, working with teachers, administrators and boards of education in developing, implementing and evaluating initiatives that impact student achievement. For his efforts and commitment to youth, he has received local and state recognition as a catalyst in the middle school movement and was recognized as Iowa Middle School Educator of the Year. Jim’s leadership talents have extended beyond education when he was selected to participate in Leadership Iowa, a premier issues-awareness program promoting leadership within the State. 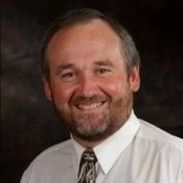 Kevin is the former Superintendent of Interstate 35 Community Schools.  Originally from northern Illinois, Kevin came to Iowa (and never left) to do his undergraduate work at Central College in Pella, and both his masters and doctorate at the University of Northern Iowa, Cedar Falls.  His work experience includes 10 years as a teacher and coach at Denver Schools; six years as secondary principal at Denver; six years as high school principal at Waverly-Shell Rock School, Waverly; nine years as associate professor of education at Wartburg College, Waverly; four years as superintendent at East Sac County Schools, Lake View; and four years as superintendent at Interstate 35 Schools, Truro.

Throughout his career, Kevin’s focus has been on collaborative leadership designed to provide the best learning opportunities for students.  He has also served on multiple state boards and committees. 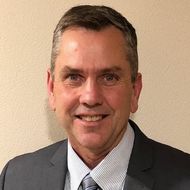 Roger Wilcox retired from Waverly-Shell Rock Community Schools in June of 2016. Roger was an elementary and middle school principal at WSR for 25 years. Prior to that administrative assignment, Roger was a PK-6 principal at Dunkerton Community Schools. He taught in a variety of elementary classroom settings in Glenwood, Iowa, while obtaining his MS degree from Creighton University. During the 2016-17 school year, Roger was hired by New York City Leadership Academy as a principal “coach” working with principals at all stages of their professional career.

Roger was named the Iowa Fine Arts Administrator in 2010, Iowa Music Educator’s Administrator of the Year for the Support of the Arts in 2009, and received the Milken Family Foundation National Educator Award in 2000. Roger has been an adjunct instructor for Viterbo University, Buena Vista University, and the University of Northern Iowa. Currently he is a consultant with Grundmeyer Leader Search and does other independent educational consulting.​ 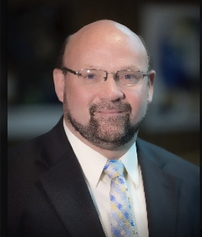 Michael L. Mathews has been an award winning and well published chief information officer and a leader of chief information officers for over eight years. Many of Michael published and cited works can be seen at https://works.bepress.com/michael-mathews.
​
Michael has interviewed over 75 educational CIO’s over the past ten years for over many education organizations and colleges and universities. Michael has also managed IT staffs ranging from 25 individuals to 450 individuals. Michael’s focus is on recruiting and mentoring CIOs for education transformation. Michael has served in the roles of CIO for 15 years, Chief Innovation officer for five years and teaching and learning director for 12 years.  Most recently, Michael was named to the 2017 Top 30 Innovators in Education, 2017 Global Business Transformation Leaders, and a 2018 CIO 100 Awardee. 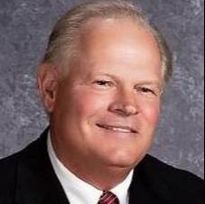 Jeff Corkery retired as superintendent from the Western Dubuque Community School District in 2015.  Jeff did his undergraduate and graduate work at the University of Norther Iowa and his specialist degree at Drake.  Jeff was a superintendent for 24 years with 9 at Western Dubuque, 13 at Tipton, and 2 as a shared superintendent at Allison Bristow and Clarksville Community Schools.  Jeff also has 6 years of experience as a High School Principal and 10 years’ experience as a business teacher and coach.

Jeff was one of 3 finalists for two years in a row for Iowa Superintendent of the year.  Jeff is trained in quality concepts in systematic school improvement and also in HUMANeX Ventures which focuses on discovering and developing the talents of individuals, educating and equipping leaders and managers to coach, engage and develop individuals to their potential. 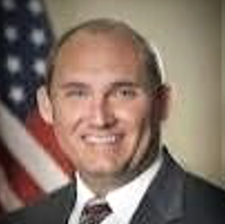 During his tenure as a district level administrator, Dr. Mitchell was recognized as the New Superintendent of the year for the Southwest MASA District in 2003 and the 2010 Missouri Association of Educational Office Professionals Administrator of the Year. Brian joined the GLS team in 2020 and is the lead consultant for leader searches in Missouri. 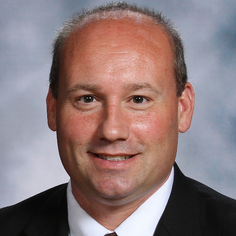 Shane Ehresman currently serves as Assistant Professor & Director of Distance Learning in the education division at William Penn University in Oskaloosa, Iowa. Prior to joining William Penn University, Shane’s work experience includes 11 years as superintendent in the Lynnville-Sully Community School District; five years as high school principal in the Washington Community School District; 10 years as high school associate principal/activities director as well as social studies teacher in the Marion Independent School District; and one year as social studies teacher in the Forreston Community School District in Forreston, Illinois. He has completed doctoral coursework in Educational Administration at Western Illinois University; earned a Specialist (Ed.S) Degree and Master's Degree (M.A.) in Educational Administration from the University of Iowa; a Master’s of Arts in Teaching Degree (M.A.T.) from Coe College; and a Bachelor of Special Studies Degree (B.S.S.) from Cornell College.

Shane was recognized by the Ray Center at Drake University for an Iowa Character Counts Award in 2021;  Iowa Administrator of the Year Award by the Iowa High School Press Association (IHSPA) in 2010, and Iowa Assistant Principal of the Year Award by School Administrators of Iowa (SAI) in 2005.   Shane has also served on advisory committees for the Iowa High School Athletic Association (IHSAA) and Iowa Girls High School Athletic Union (IGHSAU). 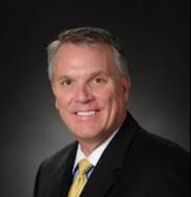 ​Terry is the founder of his own consulting company called Universal HR Solutions.  For any human resources consulting or executive searches outside of education Terry is highly recommended.  For more information you can visit his website at universalhr.org. 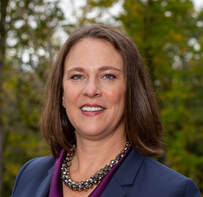 ​Shanlee graduated from Northwestern University with a B.A. in Political Science. .She recently completed 13 years of service on the Waterloo Schools Board of Education, the last eight of which she served as Board Chair. During her tenure the district reached its highest ever graduation rate and built a state of the art regional career center with 18 pathways, serving eight neighboring school districts. She possesses expertise in school finance and facilities as well as Board management and development. She is an active volunteer in her community serving on multiple. boards and fundraising campaigns. She currently works for a private foundation which funds projects benefiting
young people in Northeast Iowa.  Shanlee brings a insightful board perspective to the search team! 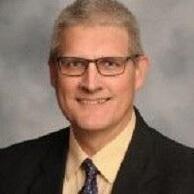 ​Mr. Art Sathoff had a successful thirty-four-year career in public education, serving four different districts in teaching, coaching, and various administrative roles. Art finished his career as the Indianola CSD superintendent from 2014-2022. He was a secondary principal for ten years and superintendent for eleven years.

Art did his undergraduate work at Wartburg College, earning a B.A. in English Education. He went on to earn an M.A. in English Literature from the University of Northern Iowa. Education Leadership work was completed at Drake University, resulting in principal licensure and an Ed.S. degree. After his postsecondary studies Art completed the licensed ministry program through the Christian Church of the Upper Midwest.